This is the FUsion ROcket Engine, an air-breathing hybrid rocket engine designed for interplanetary spacecraft.

It has three modes of operation:

Air breathing:
Air goes through the pre-cooler (a series of heat-exchangers which cool it down from over 1000C to minus 150C) after which the air goes through two compressors and is mixed with the fuel and helium in the pre-burner.
Alongside this a hot air stream is mixed with hot gas (from liquid hydrogen) in the ram-jet burners.

Oxidizer and hydrogen closed cycle:
Liquid Oxygen and Liquid Hydrogen are mixed in pre-burners and hot gases are pumped through the main gas manifolds to the combustion chamber.

Hydrogen fusion:
Hydrogen is injected directly into the main combustion chamber where magnetic coils compress and ionize the hydrogen to create a plasma that is ejected through a magnetized nozzle.
Note that radiation shields are necessary to protect the ship and crew from radiation. For this reason Hydrogen fusion is not used while in-atmosphere and near space stations/other ships. 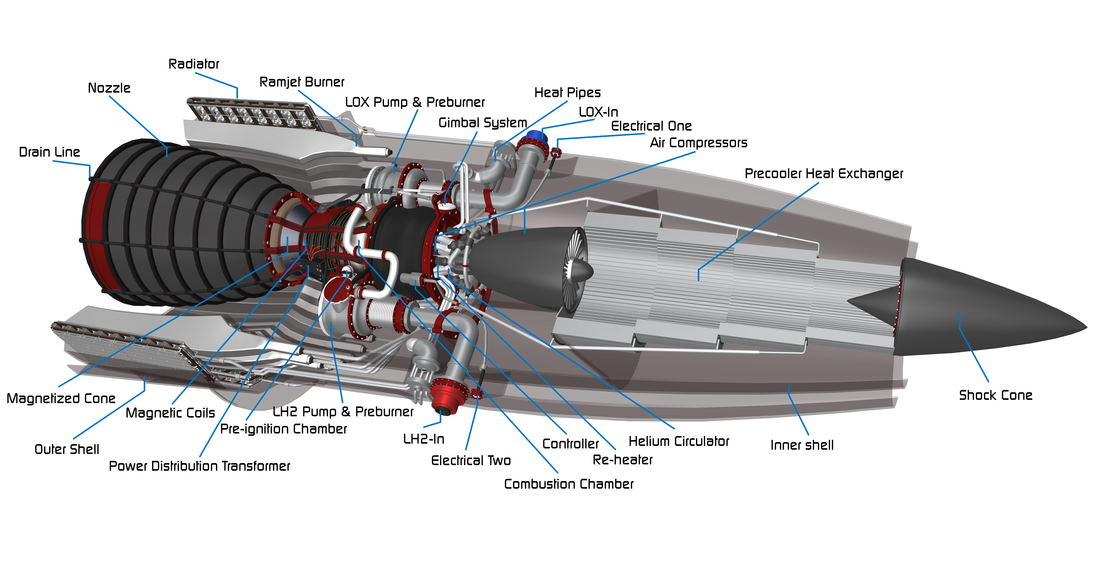 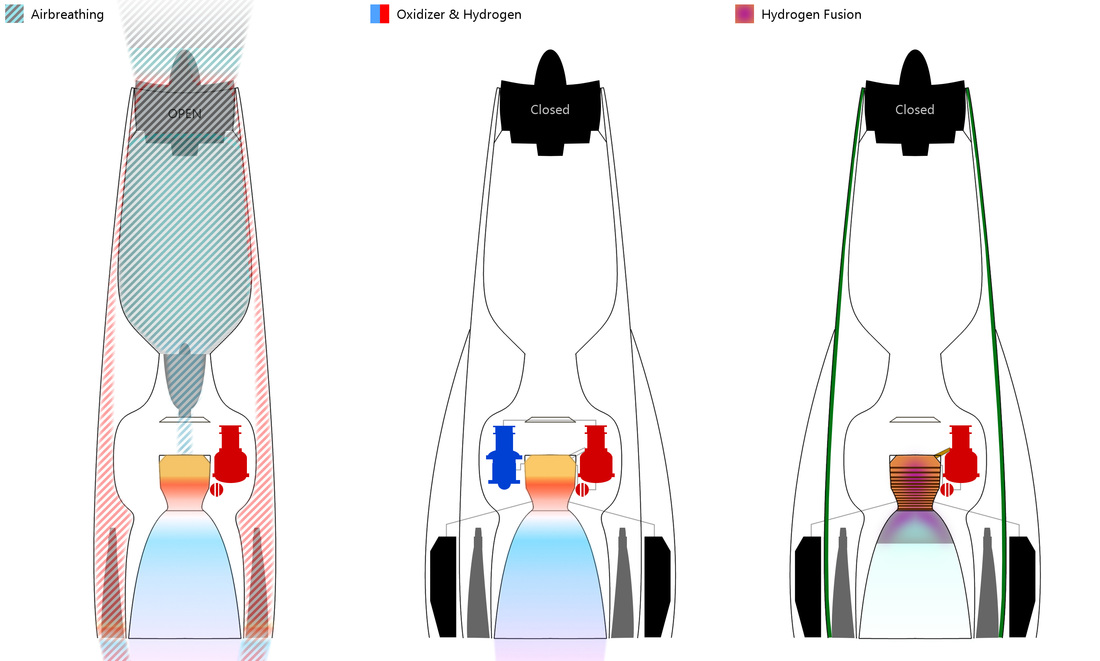