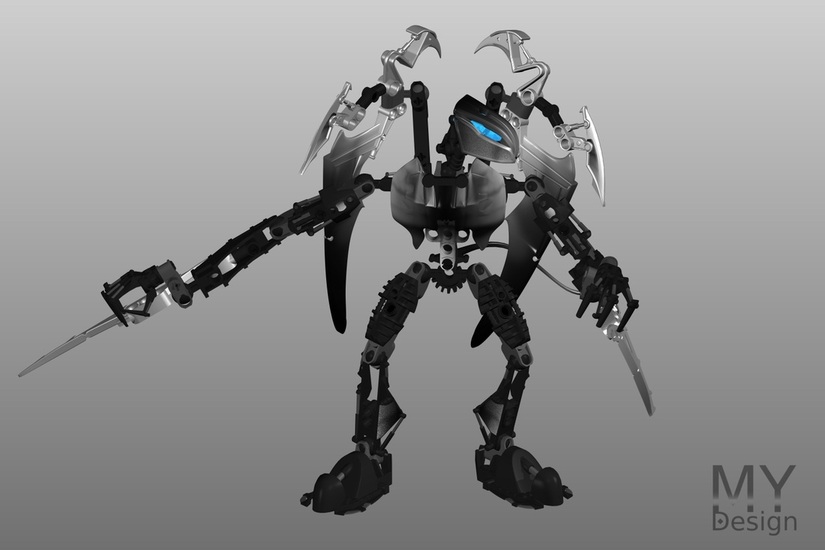 Dark Angel of the Fallen Skies 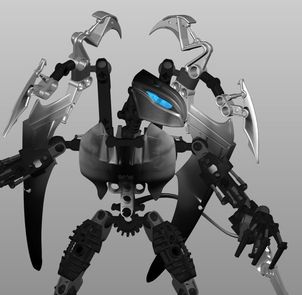 A mysterious warrior. Not known for his patience or sympathy. He has fought more battles and lived longer than any other of his kind.
Originally being from the same race as Ihlire, he lost his powers of water and became a Grayling, an individual without a destiny.
During his travels he found Kanohi Outhis, the mask of the underworld. His race could not wear Kanohi masks but he took it with him and years later he met a Toa who had been searching for this mask, he made a deal, the mask for a special power it possessed. Fallen souls. The Toa agreed, giving him this power unaware of what it actually was. After gaining the power of the Fallen souls he transformed into a warrior half gray, half without any color at all. The power the Fallen Souls had given him was the knowledge of all wearers of the mask that had com before.
Now having a chance to rejoin his race again he returned home only to find his homelands to be torn apart by war. Bounty hunters and raiding war parties was all that was left of his precious home.
Since then he has been traveling the lands, defeating anyone standing in his path.