Mars 3D is a step towards the exploration of space, probably not to far from now. If I would have to set a date on this I would probably set it in year 2040 or 2050.

The first steps in colonizing Mars will start on Earth, the people behind the project will start building the different parts of the colony and then send them into space, individually. When in orbit the various parts will be put on the Mars Colonizer. 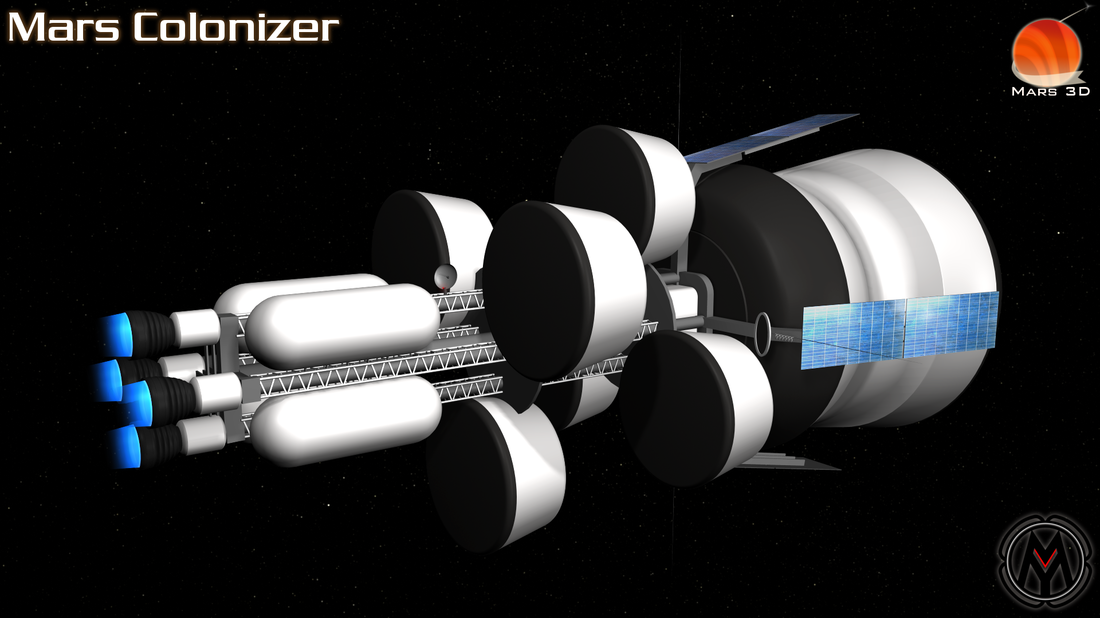 When the colonizer is launched towards Mars, the colonists will have time to enjoy their final moments on Earth before leaving to Mars, where they will stay for at least the coming twenty years.

Upon arrival to Mars, the colonizer will automatically engage a preprogrammed disassembly sequence. All the individual parts will be sent down to the surface to the colony site by automatic guidance systems.
If every piece has landed successfully without error, the hubs will all perform a self diagnostic which is automatically sent back to Earth, then the colonists can board the second spacecraft to Mars where they will be deployed on the surface in a small capsule along with a vehicle, the Mars Explorer. 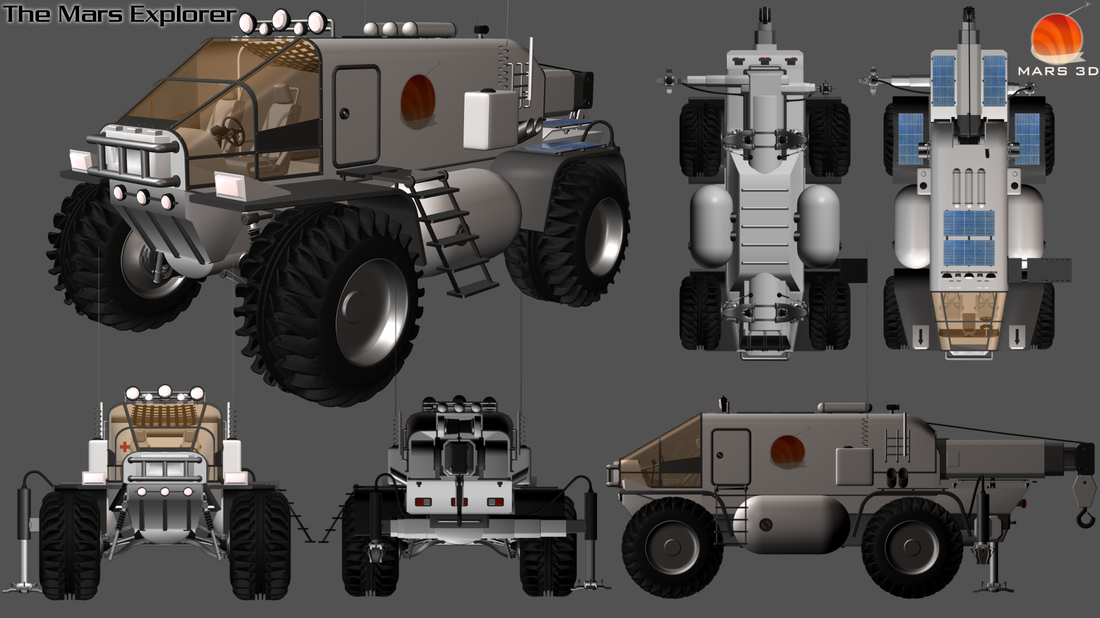 When the colonists have landed, they will start building the colony each hub of the colony deployed a year earlier by the Mars Colonizer will have to be retrieved and put in its proper position, the Mars Explorer will be a valuable took in doing so.

When the colony site has been built up, the colonists can leave their small capsule and enjoy the comfort of a larger home once again. 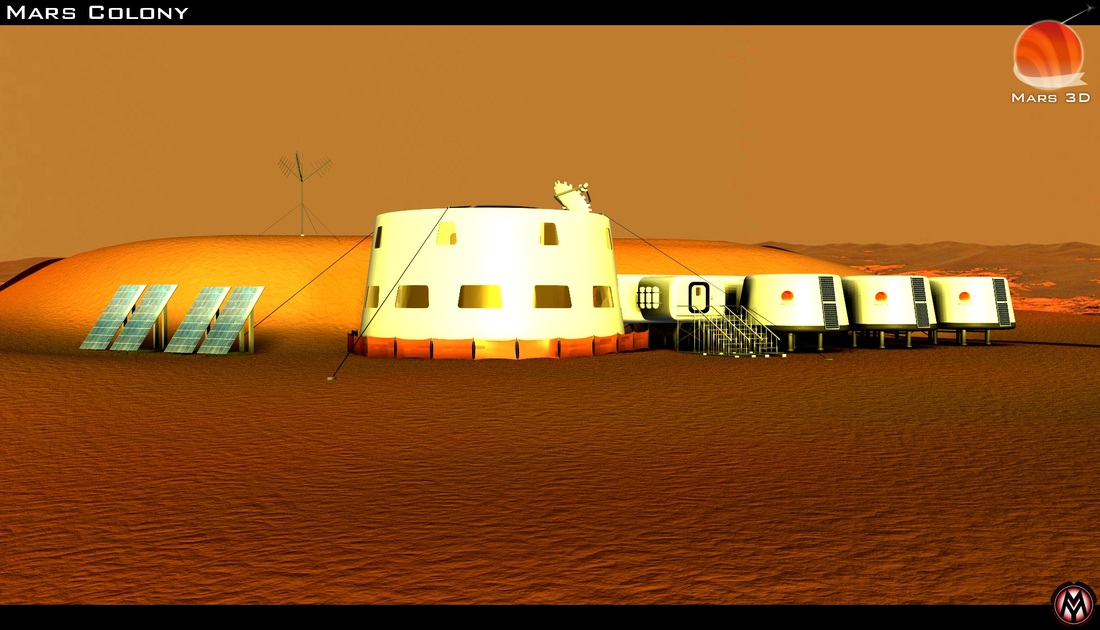 When the colonists have settled in, exploration can begin. Once again the Mars Explorer will be an important part of exploring the planet. Sometimes the exploring party (of three or four people) will have to live in the Explorer for several days if the goal of their journey is far away.

In the colony itself research and the cultivation of food will be part of the daily routine, working on repairs and expansion of the colony will also be a common activity.
In the case of a colonist getting sick, every colonist has been trained in the treatment of several common illnesses and wounds, however there will also be one doctor present on the colony at all times.

The coming years several other colony sites like these will be deployed on Mars until there are two large communities, each on a different side of Mars. When the colonies are large enough, mining operations of natural resources on Mars may begin. The goal of colonizing Mars will be that the colonies will be completely self sufficient after the fifth mission (after sixteen years, one launch every four years).

Eventually when/if the resources on Mars permit it, maybe a return site can be set up for colonists to go back to Earth. After such a long time on Mars, the low gravity will have caused the colonists to have lost some muscle density, as a result they most likely would have a hard time on Earth. This is why when the colonists sign up, they know it will be a "one way trip".

You can read more on these pages: